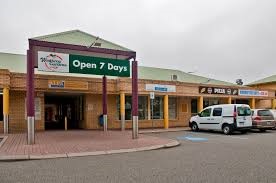 If you have problems in Winthrop with termites or other pests, read on and you’ll find some very pertinent information and in fact the origins of the suburb of Winthrop has connections to a particular type of pest found around homes in the area.

The suburb of Winthrop was originally a pine plantation owned by the University of Western Australia. The first blocks of land there were sold in the early 1980’s and slowly development ensued.  By the way, the name ‘Winthrop’ was most likely derived from that of the first Chancellor of the University of WA, Sir John Winthrop Hackett.

Winthrop lies in the City of Melville and has house prices a good deal higher than that of the Perth median house price. The suburb is blessed with a number of recreational parks, schools and is also close to Murdoch University as well as the Fiona Stanley Hospital. The common factor with all these facilities and Winthrop homes is that they are all subject to attack from a voracious predator . . . the termite.

Termites (sometimes referred to colloquially as ‘white ants’) have many different species and the those found in metropolitan Perth are subterranean and spend their time foraging for two things – food (timber) and moisture. When Winthrop was a pine plantation prior to 1980, these two things were found in abundance for termites. It’s worth noting that in a termite colony, the Queen can live up to 50 years and during that time she can produce over 165,000,000 eggs! The termite colony itself can be located up to 100 metres from a food source and so whilst the pine plantation was a readily available source of food for the termites, it’s removal merely meant they would simply forage until they found new sources and conveniently this turns out to be man made constructions.

The damage termites can do to high value Winthrop homes can be enormous and it’s estimated that termites will cause at least one billion dollars damage to Australian homes this year.

For all these reasons it’s essential that termite inspections be performed on Winthrop homes and the mobile, licensed technicians of Perth Pest Control are qualified to perform these inspections to the required Australian Standards AS3660. If termite activity is found on a property, we have a number of options we can instate to eliminate the offending termite colony.

There are numerous other pests that plague the residents of Winthrop – rats, spiders, ants of course, cockroaches. Perth Pest Control uses eco-friendly solutions in all its pest treatments in Winthrop. We carry the highest levels of insurance and warranties in the industry and have a most experienced and knowledgeable group of technicians.

Contact us today for any pest control problems you may have in Winthrop. You’ll be dealing with a 100% WA family owned and operated pest control company that’s also local.